After the big achievement at Epi centre, Siddharth's first tabla concert on this sunday, i was thinking of the hard work  Siddharth has put in to reach to this level. Almost every weekend a class of an hour, and a practice everyday, a lot of blessing from all dear ones, his teacher's confidence in him made Siddharth reach to this level. After listening the drums from a twelve year old boy near to our house we decided to learn Tabla from the same teacher of the boy almost eight months back.
After the performance here is the conversation we had with our seven year old son.
Me and Vivek:) सिद्धार्थ आपको कैसा महसूस हो रहा था पहले, पर्फॉर्मेन्स के समय और अब बाद मे ( Siddharth How were you feeling before the performance, during and and now after)
Siddharth : पहले अछा डर लग रहा था ( i was scared before) , during the performance i should not do wrong and after awesome.. 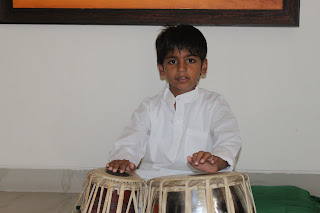 Siddharth at home practicing before the performance 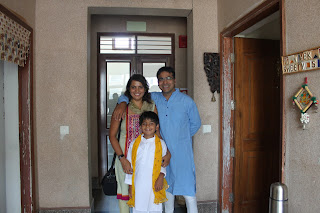 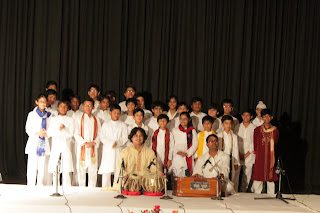 First stage appearance with his Guru and other disciples 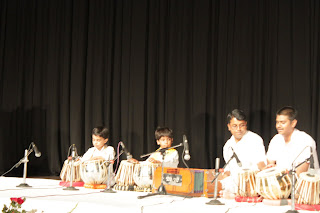 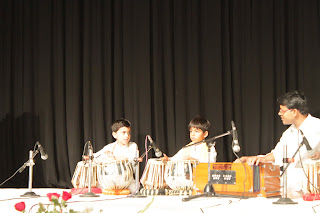 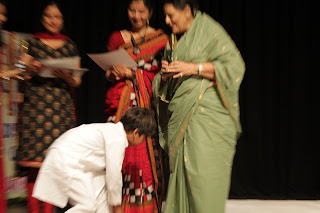 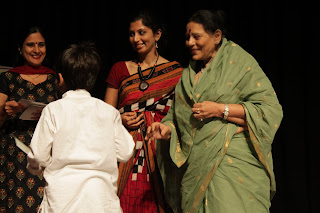 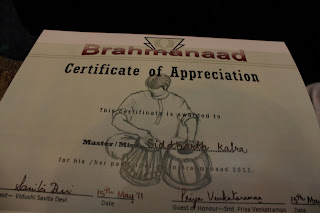 Swatantra
Very simple at heart, with a fire in the belly. Simplicty and Independence is something which i have learnt from my parents and from birth.......

Blog of the youngest story writer